Life Online is the world's first gallery dedicated to exploring the social, technological and cultural impact of the Internet.

We designed the Mirror, alongside Cambridge University researchers, using the Big 5 personality system. The Big 5 personality system was created over 20 years ago, and is used by academic psychologists for varied purposes, from personality research, to recruitment for business. It assesses your character using five key characteristics – openness, conscientiousness, extroversion, agreeableness and stability. By comparing your results with their database of 6.5 million people we can give you a scientifically accurate breakdown of your personality based upon your Internet behaviour.

My role was predominetly at the start of the project where we had to research what data from Facebook, Twitter, Linkedin and LastFM was good enough for us to basically work out the 5 key characteristics. I setup the API's against each social site and pulled out relevant keywords which was later applied during the .NET build.

My other role was server setup and support, ensuring we had a sound setup for scaling the servers if load was to increase. General support ensuring all phases was pushed live (which I did) and working without fault. 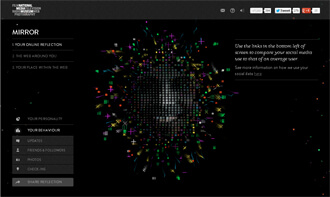 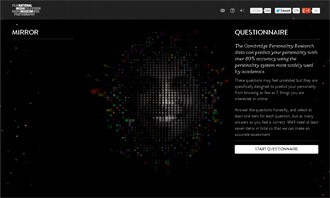 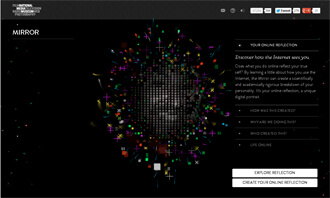